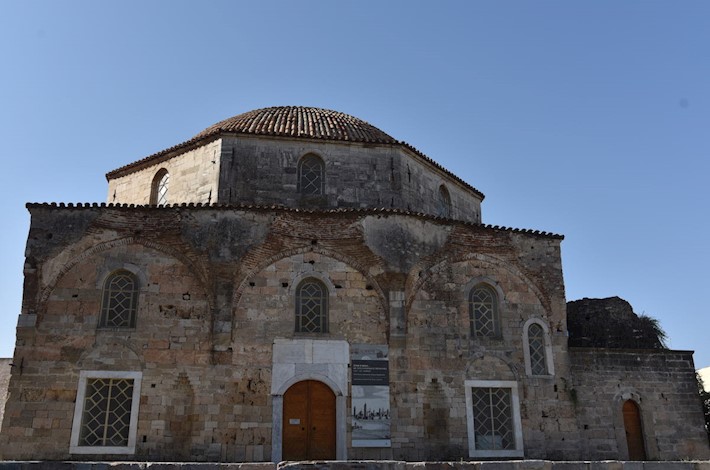 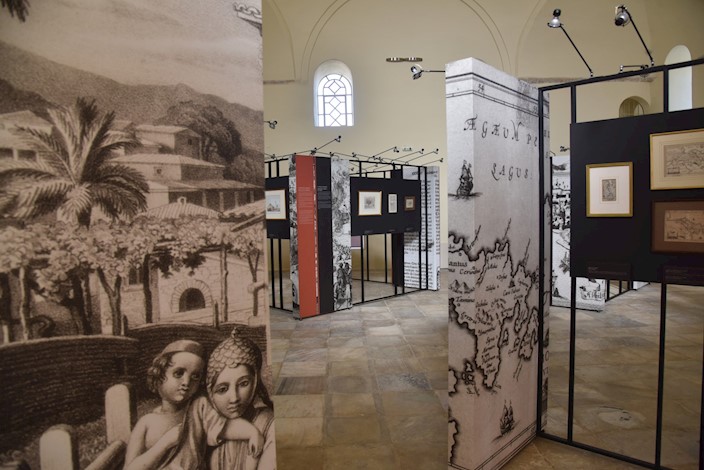 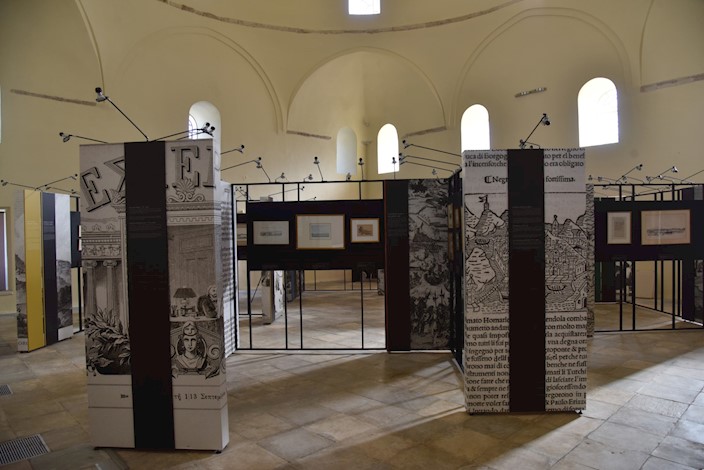 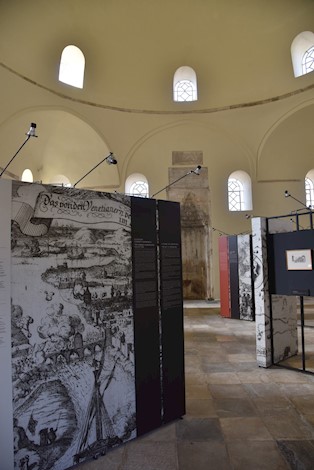 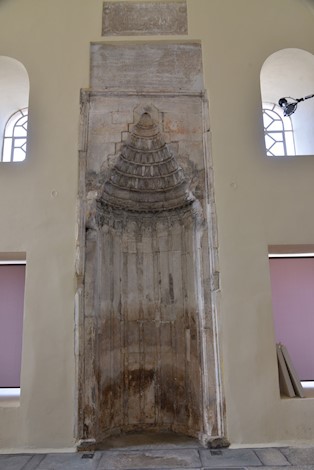 The mosque of Emir Zade is one of the mosques built during the Ottoman rule of Chalkis, or Egriboz as it was known at the time. The Turkish traveller, Evliya Çelebi, who visited Chalkis, notes that 'within the castle of Egriboz there are eleven Turkish mahalades [neighbourhoods] and eleven mosques for the Muslim faithful'.
The mosque of Emir Zade has survived to the present day, almost completely intact. In a prominent position, at a high point of the central square on Kostou Street, which today is dedicated to fallen soldiers, it was built in the early years of the Ottoman period, at the end of the 15th century. Its name comes from the words emir (ruler or chief) and zade (son), and therefore means the mosque of the son of the ruler.
The Chalkis mosque belongs to the architectural style of single-domed mosques, as do most of the mosques within Greek lands and the Balkans.
Opposite, is the impressive fountain of Khalil, from the same period. It is one of the nineteen public fountains that were built during the Ottoman period, and are also mentioned by Evliya Çelebi. The fountain, decorated in elaborate Arabic style reliefs, also has inscriptions.
In May 2013, work began to restore the mosque and convert it into an exhibition space, in order to house a large part of the Karakostas Collection (engravings collected by Ioannis Karakostas).
The main aim of the exhibition is for the modern visitor to learn more about Euboea through scenes of everyday life and locations, a multitude of maps and informative material, and discover the evolution of Chalkis from the Middle Ages up to the end of Ottoman rule.
The exhibition of the engravings includes 69 works from the collection and is organised into the following four thematic units:
- 'Euboea in naval maps'.
'The city of Chalkis'.
'Euboean landscapes'.
-'Moments from the past'.
The mosque dominates the modern city and is a symbol of its time.