The Fortress of Karababa - Sculpture collection 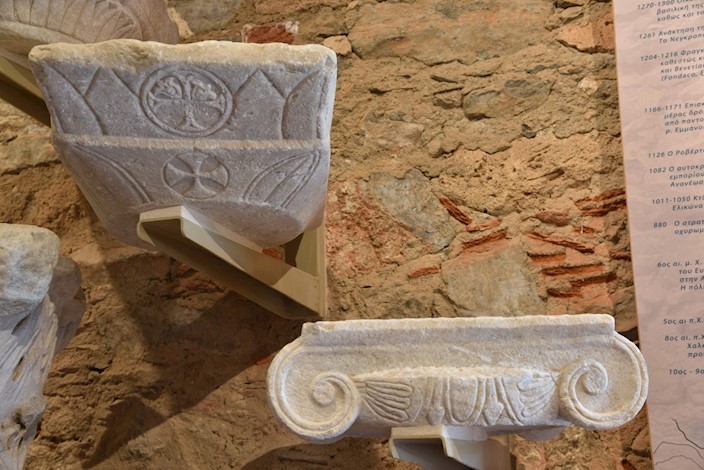 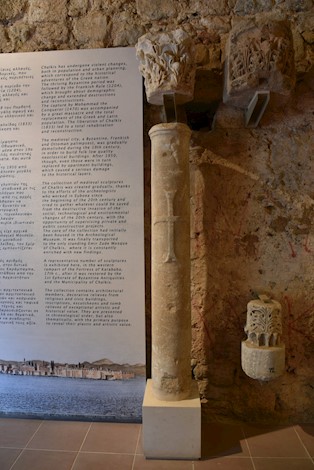 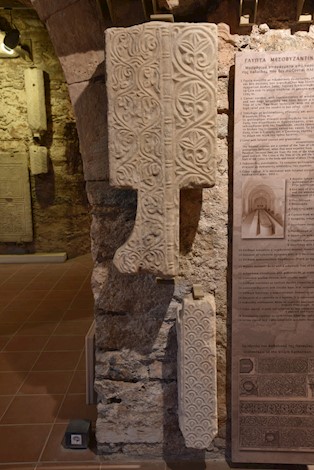 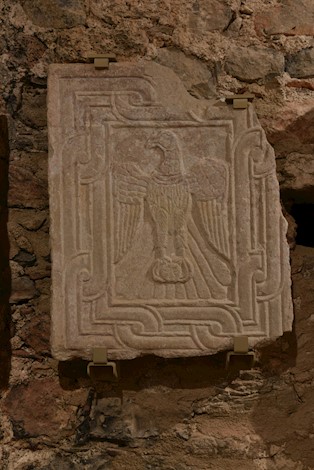 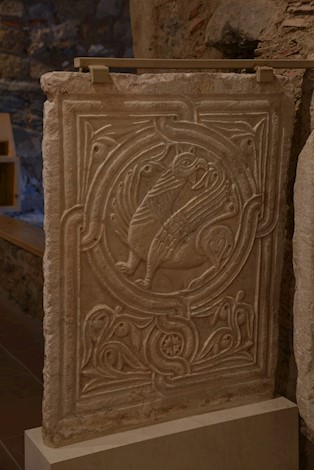 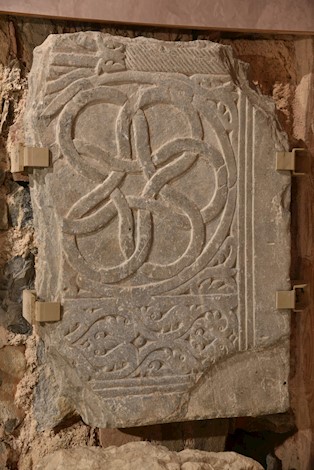 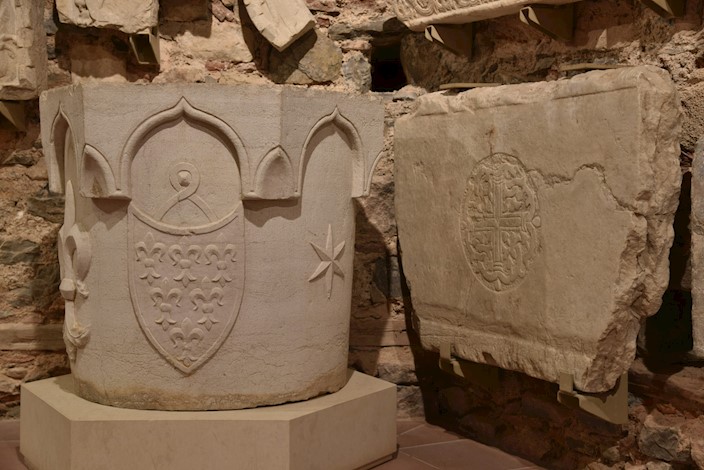 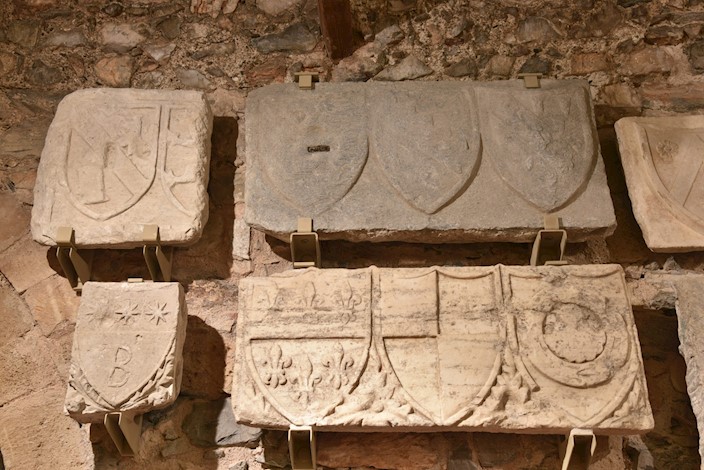 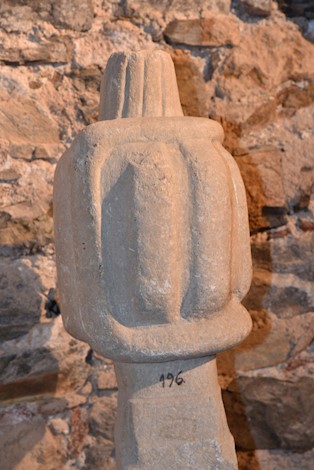 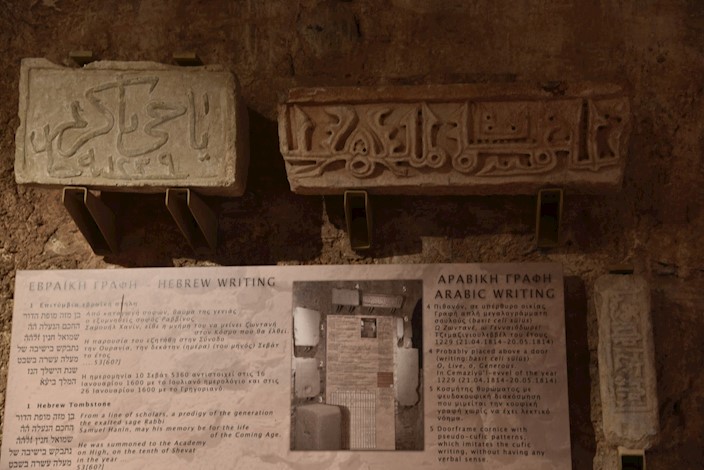 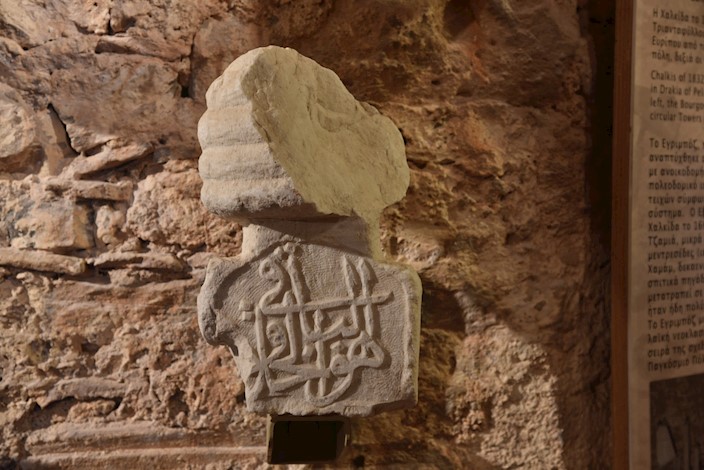 The Kastro locality has been identified by some scholars as the ancient city of Kanithos, as there are scattered traces of buildings and graves on the ground. The hill was most probably fortified for the first time during the Roman period, but it is certain that it did not have fortifications during the Byzantine period or during the Venetian occupation or the early centuries of the Ottoman occupation. The fortress that survives today was built by the Ottomans in 1684, to protect Chalkis from the Venetians. It was designed by the Venetian Gerolimo Galopo and the architecture is more European than Turkish. The fort was unsuccessfully besieged by Morosini in 1688 and the Ottoman Turks managed to hold on to control of it until the liberation of Greece, when it was surrendered to the Greek State.

The Fortress of Karababa is on a hill on the Boeotian coast known as Fourka. It is a strategic position, as it controls the Euripus Strait and the city of Chalkis. Its form is mostly influenced by Venetian prototypes, with a rectangular bailey orientated east-west, a rampart on the north side, three bastions and a large tower. The southern section of the wall has survived in bad condition. Ancient archaeological elements have been built into many sections of the curtain wall. The most complex hexagonal bastion is located on the east side, facing towards Chalkis. Two 19th century Russian cannon are preserved in the crenulations. The only entrance to the fortress is located on the SE side of the wall, and military-style buildings have been built around it.

On the east curtain wall, between the gate and the east tower, there is a bell tower built in the place where fortress' alarm bell was positioned. The only well-preserved building inside the bailey is a church dedicated to the Prophet Elias, which dates from 1895. The west wall is dominated by a seven-sided tower, the most majestic defensive construction in the fortress. The tower is entered via a narrow, labyrinthine, arched corridor.

The west bastion serves as an exhibition area, where the sculptural collection of the Chalkis and Kastro areas is on display. The collection of architectural sculpture includes plain architectural elements, reliefs from the architectural decoration of churches and lay buildings, inscriptions, coats of arms and funeral reliefs of exceptional artistic and historical importance. The collection is divided chronologically into the following periods: Paleo-Christian, Mid-Byzantine, Frankish, and Ottoman and the inscriptions demonstrate the existence of the Jewish community.