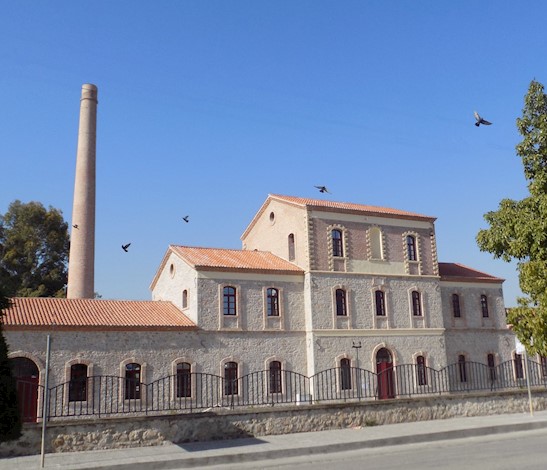 The city's new archaeological museum is housed in the old distillery of 'Arethousa S.A.', an industrial building from the early 20th century, which permanently closed in 1980. The building has been declared a cultural heritage monument (Government Gazette, Series II, No 45/22.01.1979) and is evidence of the important industrial activity in the city during the previous century. With its opening to the public as a museum in early 2016, Chalkis has gained a new landmark, and a new cultural venue; a place to meet and explore and discuss local history and archaeology. It also provides a focal point for visitors to Euboea. The museum's permanent exhibition details the history of Euboea and Skyros from the furthest pre-history up until the founding of the modern Greek State, making use of the available material evidence and focussing on four basic thematic units: the structure of society; the economy, religion, and the concept of cultural identity.