The Archaeological Museum of Eretria 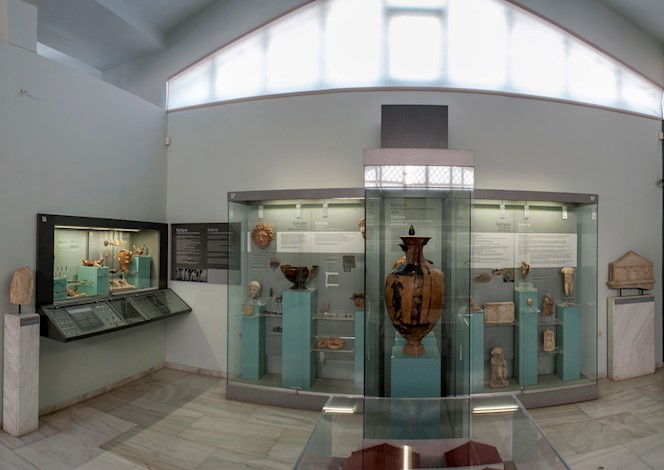 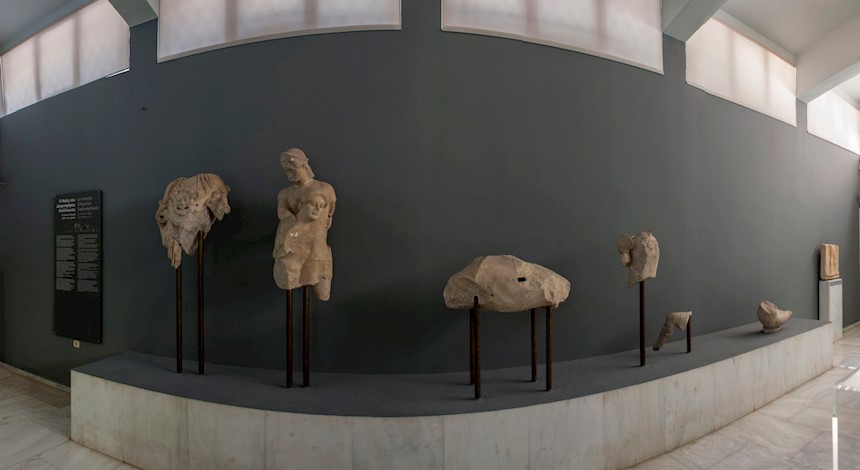 The permanent exhibition of the Archaeological Museum of Eretria has been operational in its current form since 1991. It houses finds from the area surrounding Eretria, which cover the periods from the Early Bronze Age up to the Roman period. It consists of large archaeological thematic modules, such as ceramics, sculpture, gold and silver smithing, and weaponry, which give an indicative idea of the civilisation that developed in the area and its inhabitants. The best-known exhibits are the small clay centaur from the burial ground at Leukantios, the earliest known depiction of this mythical beast; the copper horse blinkers from north Syria (9th century BC), and the sculptured group of Theseus with the Amazon, Antiope, from the western pediment of the Late Archaic temple of Apollo Daphnephoros, in Eretria.

Modules of the exhibition: